Discover the extraordinary history of this legendary brand of the car manufacturer Bugatti, which, like the Phoenix, is reborn from its ashes.

The history of the family and the Bugatti automobile brand from yesterday to today. 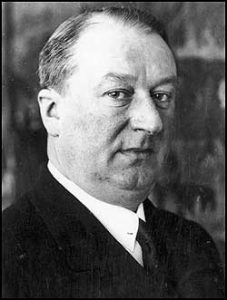 Originally from Milan, Ettore BUGATTI, (1881-1947), passionate about mechanics, moved to Molsheim in 1909 to create his own factory.
It produced more than 7,800 cars of the “Bugatti” brand, including the legendary Type 35 and its variants, with which more than a thousand victories were won between 1924 and 1939 at major automobile awards such as the 24 hours of Le Mans.

In 1926, “La Royale”, a prestigious model, was only built in six units. The sculpture of “The trained elephant playing”, which has become the emblem of this car as a radiator cap, is the work of his brother Rembrandt, an animal sculptor.

The man with a thousand patents

Ingenious and prolific inventor, Ettore Bugatti is interested in different means of locomotion in other fields such as air and maritime navigation.
He is also the designer of a railcar powered by the engines of the Royale which made it possible to establish in 1935 a speed record on rails 196km / h.

Bugatti’s genius remains a benchmark throughout the world and still contributes to the reputation of the city of Molsheim today.

The rebirth of the legendary brand

The Volkswagen group, owner of the brand since 1998, wished to remain faithful to the spirit of the designer by developing a high-end activity.

Its Bugatti Sas subsidiary in Dorlisheim-Molsheim is the assembly site for its luxury cars, including the famous Veyron 16.4. The company does not offer a visit 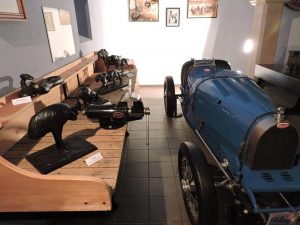 Inside the Chartreuse Museum in Molsheim, the foundation presents Ettore Bugatti’s family and business, which has the Maison des Illustres label. The site is open from May to October. 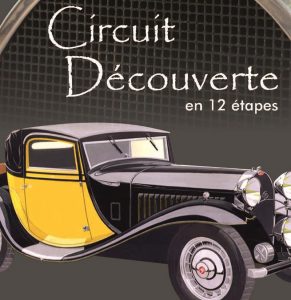 This tour follows in the footsteps of the Bugatti myth through the Molsheim-Mutzig region. Circuit to be completed with the Tourism R2M application and the “Le Mythe Bugatti” route.

A little souvenir of the brand or the Bugatti festival? Articles are available in the online store.

What could be better than a little video to present the Bugatti Festival which takes place every year in September in Molsheim and Dorlisheim! 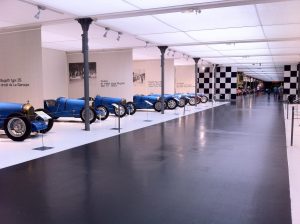 City of the Automobile in Mulhouse

Discovering the largest collection of Bugatti vehicles at the Cité de l’Automobile in Mulhouse (120 models) and which traces the history of the automobile.