Ettore Bugatti was ahead of his time. At the age of 17, he began training at Prinetti & Stuchi, a bicycle and tricycle factory, where he built his first motorized tricycle, equipped with De-Dion engines, in the following years.

Ettore Bugatti built his first car from scratch in Milan, Italy, in 1901. It was so remarkable that it won him the prize for the best Italian car at the first Milan motor show.

He was noticed by the Alsatian manufacturer De Dietrich in Niederbronn-les-Bains, who hired him as a design manager in 1902. It was at this factory that Ettore met another well-known personality in the world of automobiles, Emile Mathis.

In 1904, De Dietrich stopped manufacturing cars and Bugatti joined Mathis as chief engineer and designed the Hermes, a large-displacement car built in the workshops of the SACM (Société Alsacienne de Construction Mécanique) in Illkirch Graffenstaden.

He was then hired by the German company “Gasmotoren Fabrik DEUTZ” in Cologne. 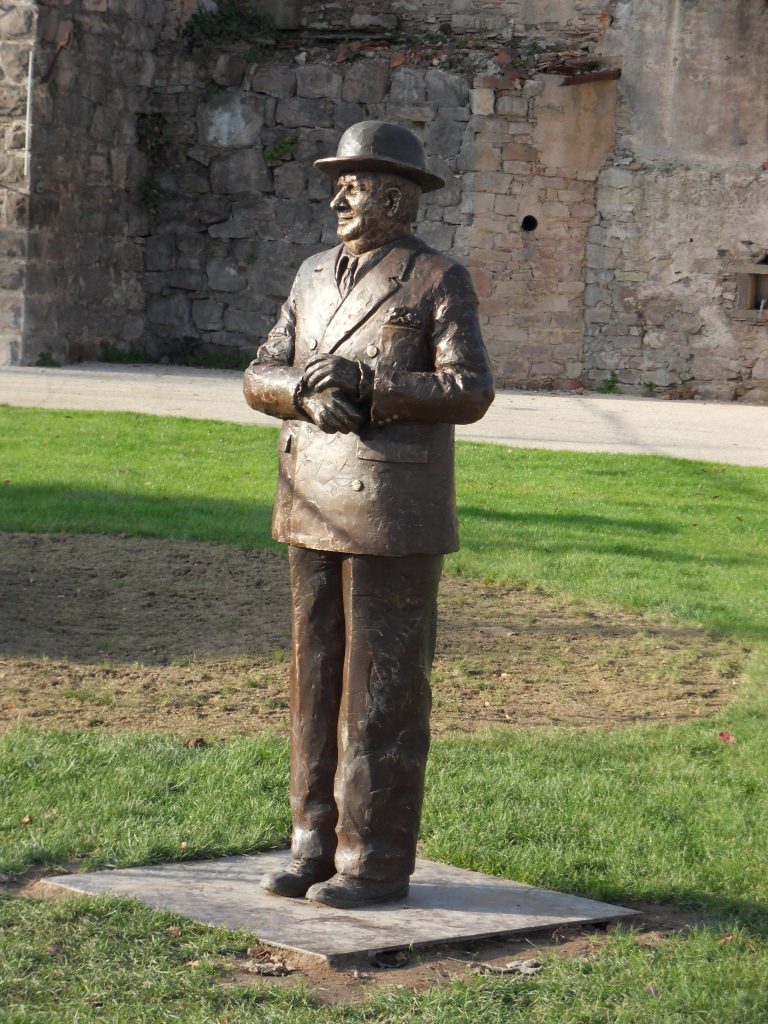 Commissioned by the city of Molsheim, this statue was created from old photographs and documents from the period.  This original work is a tribute to the car manufacturer Ettore Isidoro Arco Bugatti (Milan, 1881 – Paris, 1947), inaugurated on the occasion of the centenary of the creation of the Bugatti brand in Molsheim-Dorlisheim. Ettore Bugatti and later his son Jean were emblematic figures of an exciting era in the development of the automobile. They created cars that were exceptional both in their innovative mechanical design and in their avant-garde bodywork.

Between 1909 and 1939, the “Boss” built almost 80 different types of automobiles and filed more than 1,000 technical patents to improve his cars, not to mention his aeronautical, maritime, and railroad achievements.