The Hardtmühle consists of a group of buildings in an enclosure which is not currently accessible.

The building opposite the gate originally housed the assembly workshop. The building on the right was used as a mechanic’s workshop and was later converted into its own stables.

These buildings, which surrounded a large courtyard and adjoined the park and the villa, were transformed in the 1920s into private space.

A dovecote of appreciable size and appearance is located near the stream which was used to feed the water turbine, which has since disappeared. The lower part of the loft was also used to distil regional spirits.

The Bugatti factory was built on the site of the old mill, the so-called “Hardtmühle”, which was located on a diversion canal of the Bruche and fed a turbine that provided mechanical energy for the factory. 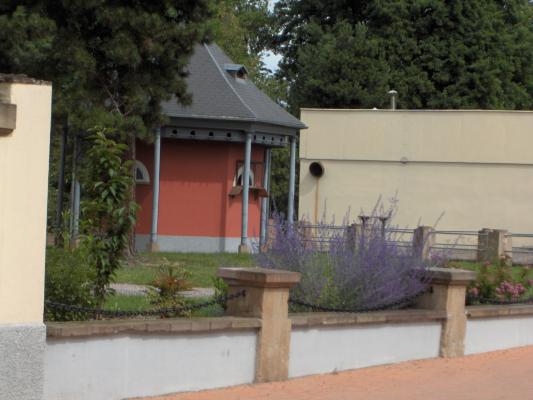