In the spring of 1933, Ettore Bugatti presented the State Railways with a prototype of a railcar with two four-axle bogies each.

This railcar differed from other railcars already in service not only in its construction, but also in the amount of engine power installed.

Depending on the railcar model, two to four Royale engines with 400 and 800 horsepower were used for propulsion.

The 800 horsepower railcar set a world speed record in 1935 with peak speeds of almost 200 km/hour.

In 1935 a new long distance speed record was set between Strasbourg and Paris at 144 km/h average speed over a distance of 504 kilometres.

The distinguishing feature of these railcars was the driver’s cabin on the roof, which allowed driving in both directions, with a panoramic view. The engines were located in the centre of the railcar, so the driver sat above them.

Because of the use of techniques usually applied in the automotive world to railway constructions, the development of the railcars led to a large number of patents.

It is estimated that Bugatti produced a total of 90 railcars of all types. 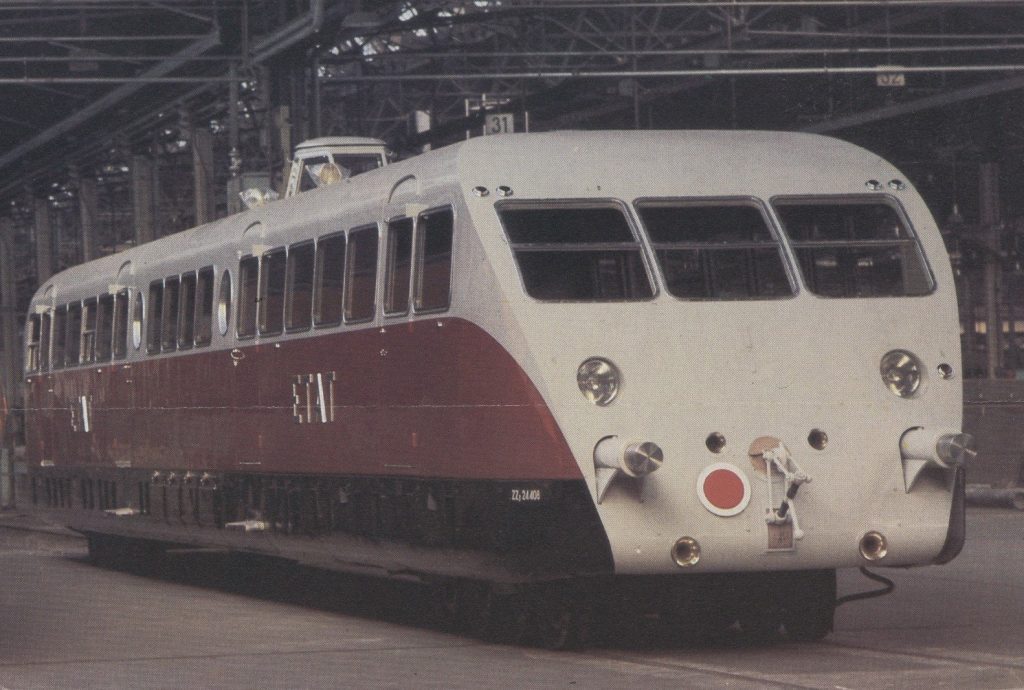