Monument to Ettore’s son Jean, who died in a traffic accident while test-driving a racing car. 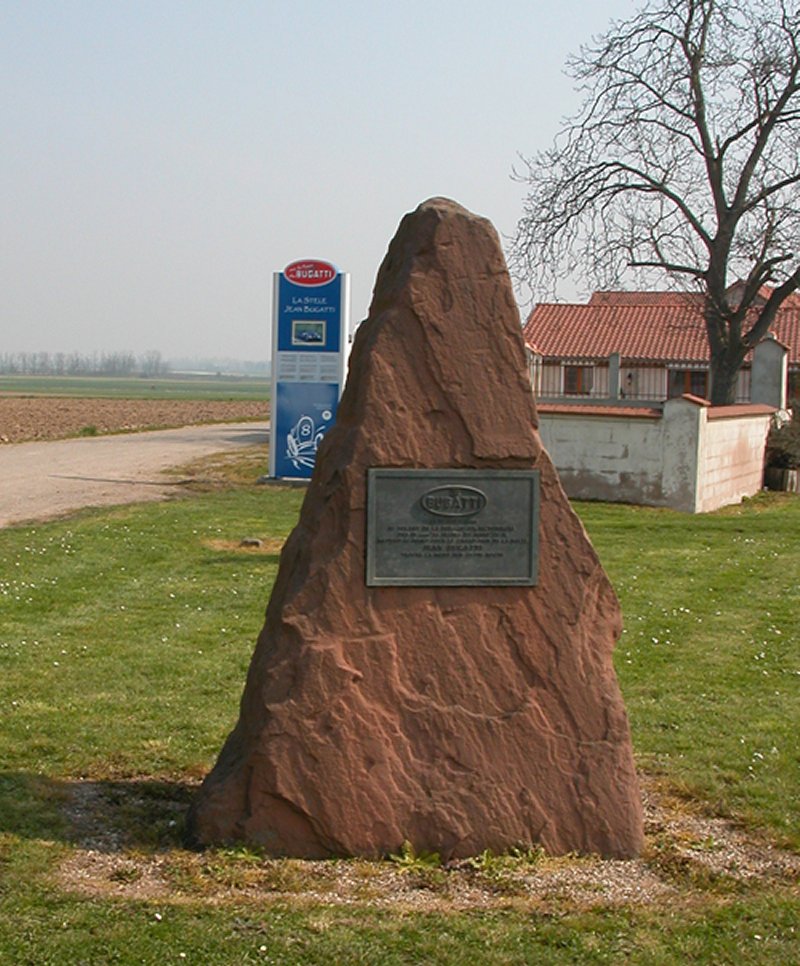 The stele on the old road to Strasbourg along the Entzheim airport (today an agricultural road) commemorates this tragic event.

Stele erected by the Association des Enthousiastes Bugatti Alsace on 11 August 1999 during the solar eclipse near the site of the accident.

The Bugatti Enthusiasts visit the site every year for a commemorative ceremony. 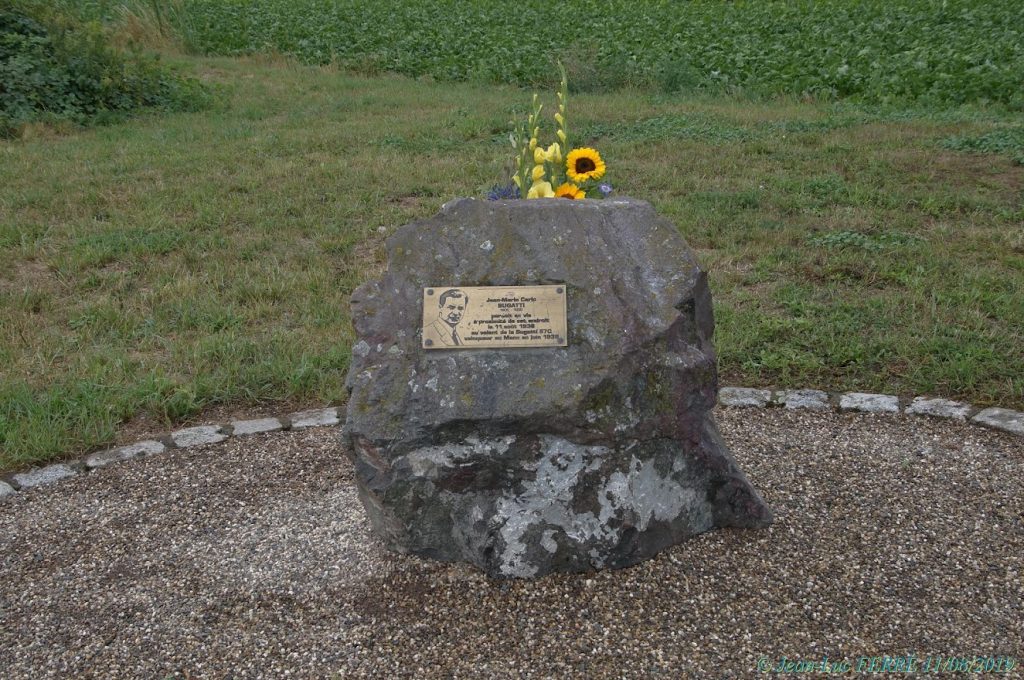 Here is a summary of the testimony of Robert Aumaître, a Bugatti mechanic, reported by Chantal Bollet in an article in the Dernières Nouvelles d’Alsace:

On the evening of August 11, 1939, Mr. Jean wanted to test the victorious Le Mans 24-hour race tank before his participation in the Grand Prix de la Baule. He took his precautions, and around 9pm, he left his brother Roland, Mr Lucien Wurmser the butler and the stable boy at the different crossings on the straight line between Duttlenheim and Entzheim to let nobody pass. They leave in the “Tank”. After several round trips between Duttlenheim and Entzheim at more than 230 km/h, Mr. Jean wanted to give it one last try, alone. On the way back, Jean is confronted by a cyclist who comes out of nowhere.  A fatal collision is inevitable. This accident and the beginning of the Second World War marked the decline of the brand.